A typical park in winter

There are three true inspirations for my trip to Montreal. 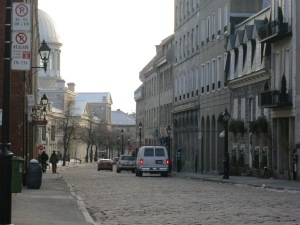 Am I still in Canada?

Unfortunately, I have quickly learned that attempting to cram city visits around two nights just doesn’t work. My time in Montreal consisted of arriving at dusk on the train from Toronto, venturing into the -12°C evening to explore and eat some delicious Chinese for dinner (the culinary diversity is excellent there), sleeping in until 2pm the next day, walking around the old town and then up Mont Royal with the remaining 2.5 hours of daylight, enjoying a beer with some fellow travellers, sleeping again, and then catching a plane out of there.

But for the two and a half hours of sunny skies that I did get to see Montreal, it was magnificent. The old part of the city was a pleasure to walk through, resplendent with gorgeous architecture with very obvious European inspiration. A light layer of snow and ice carpeted the parks and other public spaces, while the municipality did an excellent job of keeping the roads and footpaths clear. 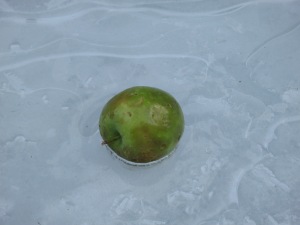 Don’t call iPhone help desk for this one

I did go for a brief journey up Mont Royal to catch the sun setting over the city centre, and it was well worth it. It is technically a hill, about 160m in elevation on the edge of the financial and university districts, but the locals get upset if you don’t describe it as a mountain. Even in the coldest days of winter, the path to the summit is very popular with runners keen to keep fit. I don’t know how they do it, breathing in the terribly cold air.

As for the permeation of the French language, Quebec is the only province where the official language is solely French, and there is no need to produce official documents and signage in English. While much of Quebec is not, Montreal is very much a bilingual place. It is extremely confusing to hear people seamlessly switch from, to my untrained ear, beautiful-sounding French, very quickly to perfect Canadian accented English. And they can instantly tell from the moment you say your first bonjour which of the two languages to respond to you in.