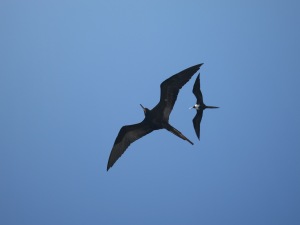 Frigatebirds flying high above the boat

No words can truly describe how incredible the experience of cruising the Galapagos Islands; phrases such as ‘truly phenomenal’ and ‘captivating beyond your wildest dreams’ simply do not do this place justice. As I type this introductory paragraph, I am terribly distracted by a pair of frigatebirds flying in formation with the boat, hitching a free ride as we sail to another island. It begins with two, and then slowly several more join in as we sail towards our next destination.

Having met up with Sam in Quito the previous night, we boarded our AeroGal flight to Baltra Airport on the Galapagos Islands on Saturday morning amid much excitement, and was bussed down to the pier shortly after. Two inflatable dinghies were there to transport us to the mother ship.

The amazing cabin on the MC Cormorant

Our vessel was the MC Cormorant, a two-year-old catamaran catering for ourselves and fourteen other passengers. The crew certainly went out of their way to add those finer touches to make the cruise extra special, from the enthusiastic announcements of our boats’ naturalist and amateur DJ Harry Jimenez, the juice mocktails waiting for us every time we returned from an excursion, to the way the towels were decoratively folded each day while we were out and about.

On Saturday afternoon, we got our first taste of the adventure to come. Our first stop was Bachas Beach, so named due to the barges that landed here after the US were finished using the islands as an air force base during World War II; they simply cut the cord and let them drift away. After a wet landing, we quickly came into contact with a couple of green sea turtles casually having a splash in the shallows, three flamingos fishing in a lake, numerous boobies swiftly flying over the ocean and bomb diving to try and catch the prey it desires, as well as countless red rock crabs scuttling across the beach. I had never seen such an incredible amount of biodiversity in the one place, all so accessible, and all seemingly so nonchalant about the presence of a few homo sapiens.

Descending the hill on Bartholomew Island through the barren landscape

Sunday morning saw us hiking up to the top of the remnants of an extinct volcano at Bartholomew Island. It was almost surreal, the terrain hadn’t sufficiently broken down enough to allow trees to grow, and the landscape in parts seemed quite barren, somewhat resembling what I would imagine Mars to be like. On the way there, we spotted our first sea lions, sunbaking on the jetty.

Shortly after was the first snorkelling expedition. I could swear that the fish, away from prying human eyes, indulge in modelling contests amongst themselves. I have never seen such an eclectic mixture of colours and patterns in my life, and everywhere I turned my head seemed more incredible than the last. Focus your eyes closely, and into your vision appear thousands of tiny jellyfish, each barely a centimetre in diameter. That’s not to mention my close encounters with stingrays, Galapagos penguins, and a shiver of whitetip reef sharks, nestled under a rock. 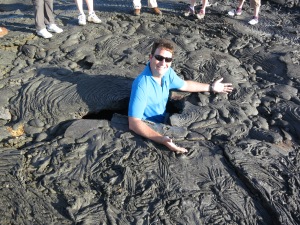 In a sea of lava

In the afternoon, we embarked on a walk across a field of lava, just a few hundred thousand years old. It was like nothing I’d ever experienced before, the lava extending as far as the eye could see. Despite it’s age, the only plants that had grown there resembled a few small weeds. Termed pioneer plants, these plants have highly acidic roots which very, very slowly breakdown the rock, eventually to a fertile soil.

By the end of the second day, we had already decided that five days simply was not enough time to spend here. An enquiry to the Cruise Director about extending the trip to eight days resulted in disappointment, as after making a call to head office, he advised that the catamaran was booked out. My wallet silently thanked him.

Monday gave us a double-whammy of snorkelling, which I was not displeased about in the slightest. In the morning, we hit South Plaza Island, but the best was saved for the afternoon when we snorkelled in a bay off Santa Fe island. It was incredible, no other way to describe it. We swam with more reef sharks, watched a massive stingray flapping it’s flaps, got brushed up by an inquisitive sea lion, and stalked numerous turtles. It was possibly the best oceanic adventure of my life. Nowhere else in the small portion of the world I have so far discovered, has there such interactive wildlife. Words don’t do it justice, nor do the pictures. 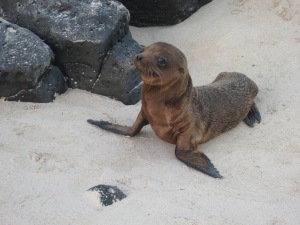 We also made landfall and went for a hike on Santa Fe island, where our naturalist got famously attacked by a fully grown male sea lion defending its territory. There’s a video flying around the place, and it was amusing to experience, if not momentarily terrifying.

On Tuesday, we landed at Witch Hill on San Cristobal Island to go for a casual stroll on the beach, weary of the ever-present sea lions, and trying not to get nipped by the ghost crabs, and discover the amazing variety of fauna living on the rocky outcrops. Over lunch, we dashed to Pitt Point where after a trek through a rocky hill pass, we arrived at the most easterly point of the Galapagos Islands, and discovered a flock of red and blue footed boobies. Finally, we made a dash back to Kicker Rock in an ill-fated attempt to catch the sunset between the rock. Unfortunately, it was cloudy, but it was still impressive. And sitting on the sun deck of the catamaran for three hours on our way there, cerveza in hand, was certainly relaxing.

Wednesday brought about a change of pace. After settling into a routine of island hopping, hikes and snorkelling, it was bizarre to make landfall at a port, with a town. Even more so was the strange sensation of getting on a bus. But we rapidly travelled from the town of Puerto Baquerizo Moreno into the highlands, to a breeding centre where giant tortoises are being bred in captivity. We got to see them at all stages of the lifecycle, from fully grown to just a few months old. The babies I just wanted to pick up and take home with me, they were incredible. Luckily, Wednesday is a feeding day, so they were all congregated over a bed of thoughtfully selected plant matter for our viewing pleasure. Harry explained that the survival rate when bred in captivity was 90%, compared to less than half in the wild. This is because once the tortoises are fully grown, they don’t really have much in the way of natural predators, but babies can find themselves as the dinner of sharks and sea lions.

Unfortunately, it was then time to part ways, and we were deposited at San Cristobal Airport for our afternoon flight back to Quito. It was a sad moment, I really wanted to stay. I was willing to spend copious amounts of money in cruise fees, forfeited accommodation bookings and last minute flight changes to do so, but as I found out on Monday morning, the cruise was booked out.

I may have laboured this point already, but the wildlife was spectacular. My only regret was not purchasing a Pokédex of sorts before I went (or whatever the real life equivalent is called), and ticking off the exotic animals I encounter along the way as I go. This post will have to serve that purpose, but there are numerous animals I’m sure I have missed. I can’t wait to return, this five day trip took us to a mere fraction of the Galapagos Islands, there are many more destinations I haven’t even been anywhere near, each with its own unique environmental microcosm.

I was quite pleased to note the number of strict rules in place to protect the islands, and promote responsible tourism, so the islands will remain as they are for many years to come. Boats have to jump through many hoops to be eligible to enter the marine reserve, boats all have guides accredited through the Parque Nacional, and visits to islands have clearly defined routes and limits.

The Galapagos Islands are absolutely unmissable. If you get anywhere near an opportunity to come here, no matter what the cost, take it. It will be a move you will not regret, I know I didn’t. 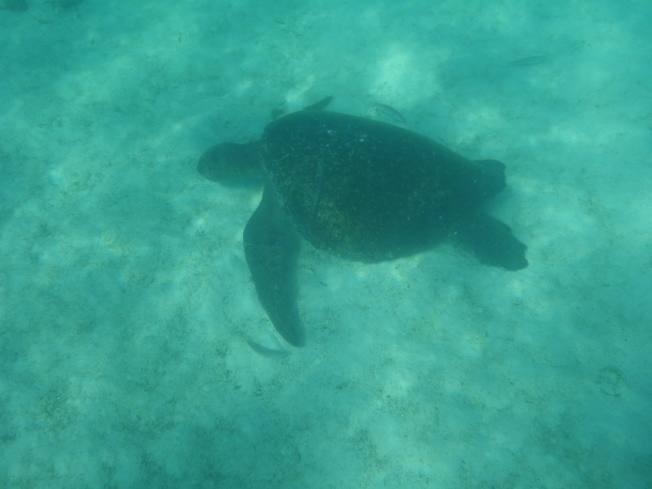 A beautiful turtle meandering its way along the sea floor

Traversing the field of lava

The beautifully folded towels – themed to coincide with the days activities 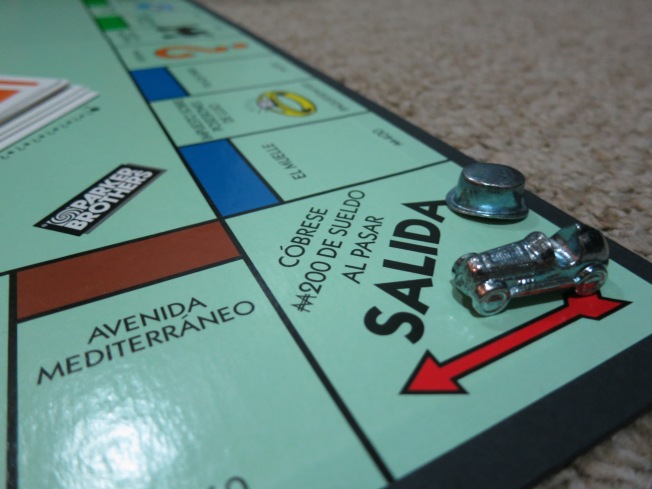 Late night recreation – for the record, I won